October 2, 2018 at 6:30pm Opening
WE DISSENT… DESIGN OF THE WOMEN’S MOVEMENT
IN NEW YORK
The exhibition is organized with the support of The Andy Warhol Foundation
Located in the 41 Cooper Gallery, located in 41 Cooper Square, on Third Avenue between 6th and 7th Streets.
displaying 4 of Faith’s books:
- Aunt Harriet's Underground Railroad in the Sky
- My Dream of Martin Luther King
- If a Bus Could Talk: The Story of Rosa Parks
- Harlem Renaissance Party by Faith Ringgold

Soul of a Nation: Art in the Age of Black Power
Exhibition open 12 July – 22 October 2017
http://www.tate.org.uk/whats-on/tate-modern/exhibition/soul-nation-art-age-black-power

Palm Springs Black History Committee at the Palm Springs Art Museum, “The Crisis in Black Education” on view Thursday, February 2, 2017. Exhibiting: “The Children Forgot to Play: Ancestors Project”, “Mama and Her Three Children in Bed” and “Tar Beach #2” Skype in the Classroom session

Sprueth Magers Gallery in Los Angeles is organizing a show POWER on view March 28 – June 10, 2017.  The show focuses on African American female artists from the Civil War to the present. “Flag for the Moon” and “Change 2: F R’s Over 100 lb Weight Loss Performance Storyquilt” will be on view.
.

Michael Jackson: On the Wall, International tour organized by the National Portrait Gallery, London, Summer 2018 “Who’s Bad” will be included.

at Figge Art Museum
African American Art Since 1950: Perspectives from the David C. Driskell Center chronicles the evolution and growing prominence of African American art over the past 60 years.
Featuring works that cover a wide range of art styles and media, the exhibition explores recurring themes of race, gender, American history and slavery as well as the importance of body for artistic expression. Artists include luminaries such as Faith Ringgold, Romare Bearden, Elizabeth Catlett and Sam Gilliam who opened up the possibilities for African American art and more recent examples by artists like Kara Walker, Chakaia Booker and Willie Cole. The exhibition is organized by the David C. Driskell Center for the Study of the Visual Arts and Culture of African Americans and the African Diaspora at the University of Maryland.

March 6 – June 29,  2014
Vernissage and press conference: 5th March 2014
Curator: Michael FitzGerald
This is the first exhibition dedicated to tracing the impact of Picasso on international contemporary art. Curated by renowned expert Michael FitzGerald, the show will explore the considerable influence of Picasso's oeuvre on the art of today.

Post-Picasso will be devoted to a select group of artists who have made very significant achievements in contemporary art through their engagement with Picasso. The exhibition will comprise seventy-five works selected from the oeuvres of approximately forty-two artists living in more than twelve countries in Africa, Asia, Europe, Latin America and North America to present the remarkable geographical and chronological range of Picasso’s impact.
Among the artists who will be represented in the exhibition are: Chéri Samba of the Democratic Republic of Congo, M. F. Husain and Atul Dodiya of India, Folkert de Jong and Rineke Dijkstra of the Netherlands, Guillermo Kuitca from Argentina, Vik Muniz of Brazil, and Jasper Johns, Faith Ringgold and Fred Wilson of the USA.
http://www.bcn.cat/museupicasso/en/exhibitions/future.html 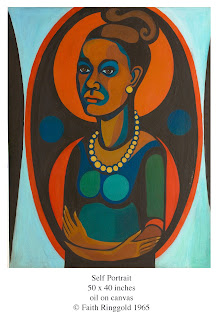 Stories Of Race In America Captured On Quilt And Canvas
by SUSAN STAMBERG NPR RADIO July 28, 2013 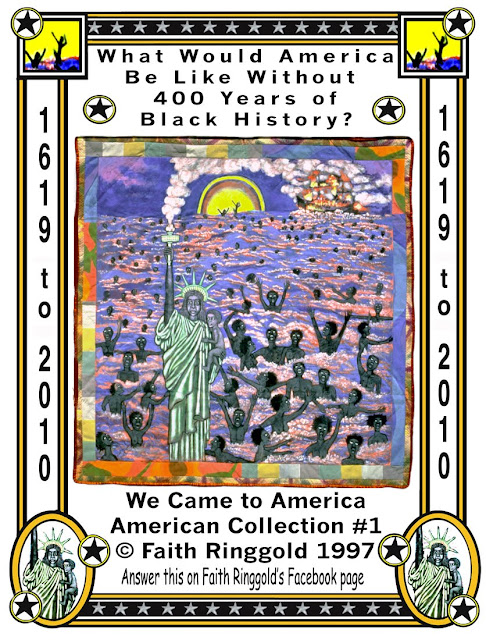